Listing does not imply endorsement of content. It is included only for what useful purpose it might serve, as noted. As in the rooms, we can take what we want and leave the rest.

"The Next Frontier: Emotional Sobriety" Bill W.’s 1958 Grapevine article, long part of a booklet entitled Emotional Sobriety: The Next Frontier. In it Bill acknowledges that he, like most AA’s at the time, were at best physically sober if not just plain dry, and raises the question of how we alcoholics can move toward emotional sobriety. See PTP123, pp. 58-65 and PTP4 pp. 110-119 and Appendix Appendix 5, p. 437, where Bill's original article is reprinted with permission of The AA Grapevine, Inc.

164andmore.com – Search through BB and 12&12 and locate passages on any topic. Excellent tool for zeroing in on a particular principle (e.g. acceptance), emotion (e.g. fear), or any topic and seeing everything the two basic texts have to say about it. Key in the termin "Search" and all occurrences of it in its various grammatical forms will be quoted. Clicking on the book cover will take you to the page where the particular quote appears. Clicking on "Definition" link will take you to a dictionary definition of the term.

“Why We Were Chosen” is the text of an excerpt from a longer address delivered by Judge John T. on the 4th Anniversary of the Chicago Group, October 5. 1943. The text has been published as a pamphlet by many AA groups ever since. It is inspired by 1 Corinthians 1:26-31, where it is written that “God chose,” not the wise, the influential, the noble, or the strong, but “the foolish . . . the weak . . . the lowly . . . the despised things of this world . . .” to be the channels of his grace.

Ebby T. A biography of the man who brought the message of recovery to Bill W. For a talk by him, see “Ebby T. Speaks in Memphis, TN, 1958.” With four years sober at the time of this talk, Ebby narrates the drunken odyssey that took him from Albany to Vermont, NYC, and Dallas. He would relapse again. The man who brought the message to Bill W is also the man who couldn’t stay sober himself. After 32 years on and off the wagon, in and out of AA, Ebby would die at a recovery farm with two years dry. See also Ebby: The Man Who Sponsored Bill W., by Mel B.

Ruth Hock’s Recollections – Text of the 1955 letter Ruth to Bill W. Ruth was AA’s first secretary. She started as Hank H.’s secretary in 1936 at the office of Honor’s Dealers in Newark, N.J., which subsequently doubled up as AA’s office after Bill W. joined Hank in his automotive business venture. Among other things, Ruth typed the original manuscript of the Big Book and brought the Serenity Prayer to Bill’s attention (1941). She also wrote the story “Lone Endeavor,” which appeared in the first edition of the Big Book and can now be found in Experience, Strength & Hope. At the 1985 50th Anniversary International AA Convention in Montreal, Canada, she was presented with the 5th million copy of the Big Book in honor of her service to our fellowship. For a video where she reminisces about the same early history of the fellowship and answers the audiences questions, please click on Ruth H., AA's First Secretary, Shares Personal Memories, in PTP's YouTube channel. For more on Ruth, please see on this website: Big Book Q&A, Personal Stories, “Gratitude in Action” (4th edition), and “Lone Endeavor” (ES&H).

“Sister Ignatia: The Angel of Alcoholics Anonymous.” Starting in 1939, Sister Ignatia worked with Dr. Bob to help thousands of alcoholics at St. Thomas Hospital in Akron, Ohio, where she was in charge of admissions, and where for four years before she had been secretly spiriting alcoholics in for treatment. St. Thomas became the first religious hospital to recognize the right of alcoholics to receive medical treatment for their condition. She’s credited, with, among other things, being the first person to give medallions to AAs in recovery and helping to start the first Al-Anon meeting in Akron. To hear her speak at 25th Anniversary AA Convention held in Long Beach, California in 1960, please click on link.

“Wynn L. – Freedom from Bondage.” Wynn L. is the author of the story by that name in the Big Book. Born in Florida, deserted by her parents and raised in poverty by grandparents in the Midwest (where she almost died of typhoid fever), Wynn married and divorced four times before coming to AA in 1947, at the age of 33. A long-time agnostic, she found faith through service, helping to start more than 80 AA groups in hospitals, jails, and prisons in southern California. Her story, written when she was 8 years sober, was first published in the second edition of the Big Book. To listen to her 1973 talk, when Wynn had 25 years of sobriety, please click on link. For more on Wynn, see "Big Book Q&A," Personal Stories: 4th Edition, “Freedom from Bondage” on this website.

texasdistrict5.com/history-in-photos.htm – AA history in unparalleled collectionof photos, in this and the following sites:

a-1associates.com/aa/LetsAskBill.htm – “Let’s Ask Bill,” organized by topic. Brings together letters, articles, and other writings of Bill W. not found in a single place elsewhere.

silkworth.net – Most comprehensive site on AA history. Named after Dr. William Silkworth, director of hospital where Bill W. had his spiritual experience, and author of “The Doctor’s Opinion” in the Big Book.

page124photos.com. An unusual collection of 72 photos of Bill W. and Lois.  For story behind them, click on NYT Lens.

The History of Alcoholics Anonymous: 1932-1971. A brief but well-crafted overview of AA history accompanied by high quality illustrations, from our friends in the UK.

“CS Lewis on Morality.” Blog posted in Psychology Today  12/21/18 by Michael W. Austin. In contemporary culture, morality is often reduced to the maxim “do no harm.” So long as it doesn’t hurt anybody, goes the argument, it doesn’t matter what you do. That view is echoed by some in the recovery movement. Austin discusses Lewis’ critique of that concept, presenting a perspective that is more on keeping with 12-Step recovery in AA as laid out in the Big Book and the 12&12. In Steps 4 – 10, we are dealing with our character defects, which being defects hurt us and, as a result, cause us to hurt others. Moreover, our goal in doing this is more than to avoid doing harm. It is to do good. We work toward this by practicing the principles of “love and service” as called for in Step 12 and illustrated in Step 11 with the St. Francis Prayer, which shows some of the other virtues that are involved. For more on morality, see PTP1, pp. 21–23.

“Humility and Sports.” Philosopher Michael W. Austin on one of the principles (humility) and one of the affairs (sports) in which it can be practiced (Psychology Today, 03/27/17).

“Selfishness, Stoicism, and Epicureanism: A Philosophical Flaw,” blog posted in Psychology Today 11/13/16 by Michael Austin. We can learn some good principles from Stoicism, such as acceptance and detachment. Carried to extremes, however, the good of detachment can turn into the evil of indifference and selfishness.

“The Mental Virtues,” David Brooks’ review of some virtues of the mind (NYT 08/29/14).Rare for a newspaper. Useful Step 10 tool. See “Intellectual Virtues in Recovery,” in “Ray’s Book Reviews.”

socratesinthecity.com – Self-examination (Steps 4–10) is central to the AA way of life, and Socrates in the City: Conversations on the Examined Life, can sometimes help to shed spiritual light on a discipline going back 2,500 years. Featuring notable thinkers and writers from a variety of fields and traditions, this monthly forum fosters dialogue on “Life, God, and other small topics.” Some events can be watched on video.

At the Public Level

“Staying Sober During a Lockdown: Alcoholics Anonymous meetings have moved from musty church basements to laptop screens in quarantine. Do they still work?” Unlike the last linked article about meetings during the COVID-19 quarantine (NYT, 03/26/20), this one is written by a sober alcoholic who know what goes on in the rooms—even virtual ones. Here's a representative passage: “A quarantine is indeed a trying time. Where “people who can drink normally” — A.A. lingo for nonalcoholics — are stocking up on liquor, A.A. members, and there are some 2.1 million of us, are hellbent on keeping the meetings going.” (NYT, 04/02/20)

“With Meetings Banned, Millions Struggle to Stay Sober On Their Own.” By now most local AA and other 12-Step fellowship groups probably have made alternative arrangements to meet. My own home group started holding a phone meeting a week ago and it worked quite well. Two other groups that meet in the same location are following suit. Others are meeting on Zoom. As is typically the case, the press does not give an accurate portrayal of what goes on with our fellowships. The present article is just another example of that. Still, we should know what they are saying about us in the midst of the Coronavirus COVID-19 pandemic. As alcoholics we are powerless over this situation, but we are not helpless. There are countless alcoholics and other people in recovery all around the country and around the world who are willing, ready, and able to be of service. (NYT, 03/26/20)

"For Years, Alcohol Was My Only Comfort. Then It Nearly Killed Me." Partying and drinking her way through high school, Heather became a mother at the age of 18, only to sign custody of her son to her mother and join the Air Force. There she continued to drink until her discharge, following which she went into a downward spiral of depression and increased alcohol consumption which destroyed her marriage and severely damaged her relationship with her daughter and son. She hit bottom at age 34 as the result of a blackout driving accident, after which she sought help in AA. Sober almost three years now, she has rebuilt her life and her relationship with her children. (NYT 07/24/19)

“From One Alcoholic to Another” This link is provided, not because of the particular individual whose situation inspired the article to which it leads, but because the article carries the AA message to the suffering alcoholic still in the wilderness, whoever he or she may be. (Fox News, 08/24/18)

“Let’s Open Up About Addiction and Recovery.” In another challenge to the principle of anonymity, journalist argues that if more people in recovery were open about it, it might encourage others to ask for help and the government to allocate more funds to fight addiction. (NYT 11/04/17)

“Decades After Alcohol Ban, Iran Admits It Has a Problem.” Prohibition and lashes don’t work, but the 12 Steps do, as Iran’s 400,000 NA members amply demonstrate. So Iran, finally realizing alcohol too is a drug, decides to give AA a chance. NYT 09/11/17)

“Alcoholics Anonymous, Without the Religion.” A movement of agnostics, atheists, and freethinkers within AA claiming 150 “secular” groups nationwide holds its first “We Agnostics and Freethinkers International A.A. Convention.” (NYT 02/21/14)

Hired Power: Recovery as a Commodity. Trading the "spiritual angle" for a business one, so-called “sobriety coaches” sell their services to the affluent. (NYT 06/21/14)

“AA: America’s Gift to the World.” Scottish writer A.L. Kennedy tells the story of AA through the voices of Bill W. and Dr. Bob and of recovering alcoholics in Great Britain today. (BBC Radio, 04/06/15, 28:23 min.)

Challenging the Second “A” in AA. NYT reporter breaks his anonymity and argues AA should abandon the principle. (NYT 05/06/11)

“Mea Culpa.” Thanks to Oxford Group (aka Moral Rearmament and Initiatives of Change),man who thought himself religious has spiritual awakening, admits to torture and murder, and makes amends. (NYT 04/17/10) 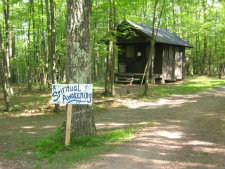 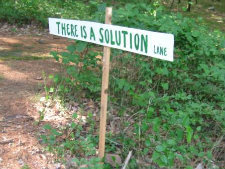 [Not affiliated with the book PTP. Photos reprinted with permission.]