Ray A. is a recovering alcoholic who's been sober in Alcoholics Anonymous since April 26, 1984. He drank for 25 years and, as with most drunks, alcohol touched every aspect of his life. Early on he earned an undergraduate degree in Romance Languages and a graduate degree in English. As his disease progressed, however, he left a doctoral degree in Comparative Literature unfinished. Alcohol also exacted its toll on his marriage, his family, and a series of promising careers. In midlife, Ray came to AA homeless, alone, and unemployable.

Once in the rooms, Ray made progress on many fronts, from personal relations to the establishment of a successful business. By the time of his twelfth sober anniversary, however, he began to suffer an emotional relapse that would worsen over the course of the next six years, result in the collapse of his business, and bring his life crashing down again.

This drawn-out bottom ended in a surrender experience which put Ray on a new path to healing and growth. He was forced to take a hard look at his recovery and find out where things had gone wrong, since he believed he had worked the Steps and done everything the program said to do. In the process, he was also forced to probe into that program and those Steps more deeply than ever.

It was then that he finally began to understand what he had never understood before: the true nature of the principles underlying the 12 Steps and how the practice of those principles can actually bring about the spiritual growth and emotional sobriety that had eluded him all those years and that continues to elude so many recovering alcoholics today.

His progress in this new journey led to the writing of Practice These Principles, a work that reflects his experience as well as years of research into the AA, 12-Step, recovery, and related literature. The first volume discusses Steps 1, 2, and 3 and the second Step 4. Further volumes on the remaining Steps and the 12 Traditions are planned.

The AA Grapevine published Ray’s story in its October 2009 issue under the title “Rebel Without a Cause.” 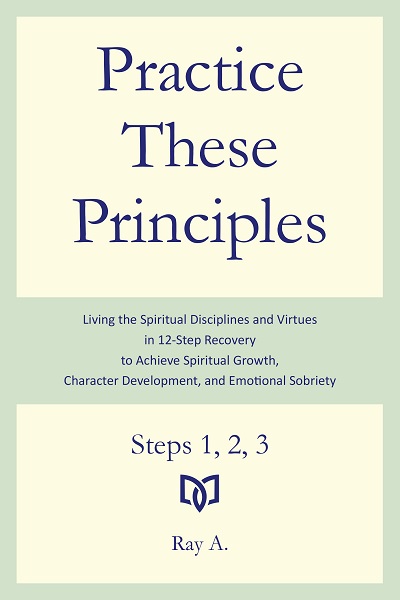 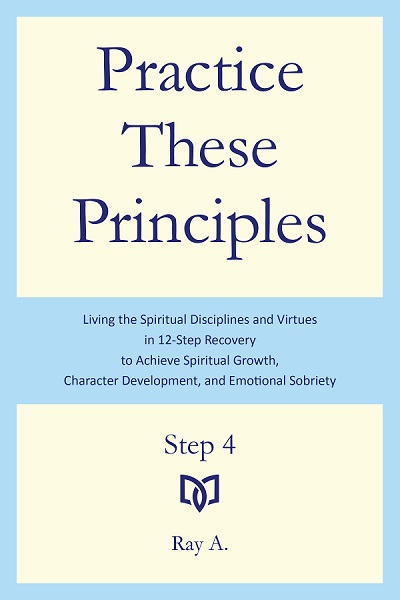