From One Alcoholic to Another 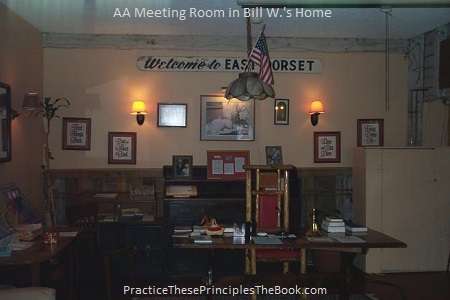 To Ben Affleck and Other Addicts: Here's My Message to You – from One Alcoholic to Another [Reprint, image added]

By Michael Graubart, August 24, 2018
News that actor Ben Affleck entered into treatment for alcoholism for the third time Wednesday hit home for me. I got sober 26 years ago, but my story didn’t make headlines, because I wasn’t rich or famous. No one knew and no one cared what happened to me.
It’s a different story for Affleck. The intervention by his ex-wife, Jennifer Garner, to get him the help he desperately needs is big news around the globe. That’s the price of stardom – every move celebrities make is fodder for the media, and everyone has an opinion about their lives.
The New York Post reports that Affleck is dealing with his alcoholism in a way few people can afford, at a luxury facility called The Canyon at Peace Park in Malibu, California.
The Post reports: “The sprawling luxury facility rests on 240 acres blessed by the Dalai Lama and adorned with trails, outdoor pools and beach access. Each patient has an individual psychiatrist, therapist and internist to co-create a recovery plan as well as a wellness plan for the patient to use for the rest of their lives. Each plan is customized to the individual patient based on their specific needs.”
Affleck is fortunate that he can afford this first-class treatment. I certainly couldn’t when I faced up to my alcoholism back in 1992, nor can millions of other people addicted to drugs or alcohol who want to break free. They still have to go to work, pay their bills and find an affordable alternative to a place like The Canyon.
Here’s my advice to other non-celebrities and non-millionaires. If you have a problem with alcohol or drugs – or know someone who does – read on, because what I’m about to tell you can change your life.
Most importantly, don’t despair and don’t think you are helpless and your situation is hopeless. You can get sober and stay sober. Anyone can.
Everybody has something that makes sobriety harder for them.
Young people come to Alcoholics Anonymous and other 12-step programs, look around, and say, “This isn’t for me. These people are too old!”
Older people come in, look around, and have the opposite reaction:  “I waited too long. It’s pointless.”
Women come in and say: “It’s all men.”  (Not true, of course).
Men come in and say: “I don’t relate to these guys. I don’t know who they are.”
African-Americans come in and say: “Everybody in the room is white. I’m tired of being the only black person in a room full of white people.”
Jews come in and say: “It feels too Christian.”
People in small towns say: “Everybody will see me there.”  (Of course, you’ll see them, too!).
Here’s the good news: anyone can get sober. Even people who, like you and like me, tried and failed repeatedly.
My sponsor or mentor figure in Alcoholics Anonymous was a laughingstock in his first eight years of hanging around A.A. meetings. He was belligerent, frequently drunk and never interested in staying sober. Why he even hung around for eight years is a mystery.
When he died last year, he had more than 40 years of continuous sobriety and the respect and love of hundreds of men, myself included.
I had eight first days in Alcoholics Anonymous over a 25-month period. During those 25 months, I didn’t believe I had alcoholism. I thought I was too good for the program. I didn’t relate. I “yeah, but-ed” everything and everyone.
Until I didn’t.
I learned that the world would stop calling me an alcoholic the minute I started calling myself one. And that’s what I do. My name is Michael, and I am an alcoholic.
I learned that there was no shame in having a disease, and that for more than half a century, the medical community has recognized that alcoholism and drug addiction are in fact closely related diseases. Substance abuse is a medical issue – not a moral failing.
I learned – even though I thought I was too young, too smart, and overall too good for the program – that if I just did the few simple things A.A. asked, I could (and did) get sober.
It’s going to be the same for you, too.
I have learned that when it comes to alcoholism and addiction, the denial is bigger than the disease. Meaning that alcoholism is the only disease that tells you that you don’t have a disease.
Twelve-step recovery programs have plenty of ways to treat alcoholism and help members find a spiritual path and a way of living successfully – despite the challenges that each day brings.
So to all of you who want to end your dependence on alcohol or drugs but can’t afford a luxury treatment facility like the one Ben Affleck has entered, don’t use that as an excuse. You can change your lives.
The good news is that you can be, as we say in A.A., “Just one more bozo on the bus.”
You’ll find your tribe. You’ll find meetings where you’ll be comfortable. You’ll find mentor figures you can trust. You’ll never have to drink or use drugs again if you don’t want to.
Just don’t let the lies we all tell ourselves initially about sobriety keep you from having the life you deserve.
It’s all waiting for you … the same way it’s all waiting for anyone who’s had enough.
“Michael Graubart” is a pseudonym for a long-time sober member of Alcoholics Anonymous.
To return to Links, please click on link.