The Virtue of Tolerance 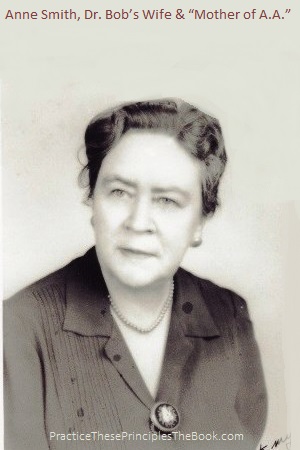 Tolerance is one of the virtues that figure in our Step 4 inventory as a corrective to anger and resentment, the others being patience, kindness, and compassion. It is also the underlying principle in Tradition 3, which makes a desire to stop drinking the only requirement for membership.
Tolerance is an antidote to anger and resentment because its opposite, intolerance, is naturally conducive to these emotions. As a character defect, intolerance focuses on a perceived difference in a person which arouses ill will and inclines us to eschew, exclude, condemn, or otherwise reject that person.
The anger and the resentment typical of intolerance result, not necessarily from anything the person has done to us, but from the mere fact that the person is different. It is not that we have been wronged, but that there is a perceived wrongness in the person that in some way impinges on something that is important to us and which we, therefore, find objectionable or offensive. To our eyes, the difference effectively defines the person, and so we reject the one along with the other.
By contrast, tolerance accepts the person as a person without necessarily accepting the perceived difference. Whereas intolerance focuses its attention on the difference, tolerance subordinates the difference to the person, focusing on a greater commonality and ultimately on her intrinsic worth and dignity as a person. In so doing it takes the edge off ill will with its attendant destructive emotions.
Intolerance is a comparative vice or character defect. What leads to intolerance is a comparison where we come out on top. We detect a difference that redounds to our advantage and makes us, in some way, superior. Intolerance is therefore one of the many faces of pride.
Our inventory pulls the rug from under intolerance because it shows us how seriously flawed we really are and how much harm we have done to people. We are no better than anyone and no one is worse than us. It fosters tolerance because it shows us that we suffer from a common spiritual illness that accounts for our defects of character and emotion and the wrongs that we inflict upon each other.
When we see others as fellow sufferers, we no longer see them as fundamentally different from us. We identify in the things that matter most, and as we do intolerance weakens and anger and resentment diminish. Tolerance then becomes a natural disposition.
[Image: Anne Smith, Dr. Bob’s wife and “Mother of A.A.,” as Bill W. referred to her.]

"Honesty with ourselves and others gets us sober, but it is tolerance that keeps us that way." – Bill W., As Bill Sees It

"We have begun to learn tolerance, patience, and good will toward all men, even our enemies, for we look at them as sick people." – Big Book

"Finally, we begin to see that all people, including ourselves, are to some extent emotionally ill as well as frequently wrong, and then we approach true tolerance and see what real love for our fellows actually means." – 12&12

"Let him who is without sin cast the first stone.” – John 8:7
“There is neither Jew nor Greek, slave nor free, male nor female, for you are all one in Christ Jesus.” – Galatians 3:28

"If thou art not able to make thyself that which thou wishest, how canst thou expect to mold another in conformity to thy will?" – Thomas à Kempis

"Think for yourself and let others enjoy the privilege of doing so too." – Voltaire

"Travel is fatal to prejudice, bigotry, and narrow-mindedness, and many of our people need it sorely on these accounts. Broad, wholesome, charitable views of men and things cannot be acquired by vegetating in one little corner of the earth all one's lifetime." – Mark Twain

"I see no fault committed that I myself could not have committed at some time or other." – Johann Wolfgang von Goethe

"I have seen great intolerance shown in support of tolerance." – Samuel Taylor Coleridge

"I disapprove of what you say, but I will defend to the death your right to say it." – Evelyn Beatrice Hall ((paraphrasing Voltaire)

"The self-respecting individual will try to be as tolerant of his neighbor's shortcomings as he is of his own." – Eric Hoffer

"Tolerance is the positive and cordial effort to understand another's beliefs, practices, and habits without necessarily sharing or accepting them." – Joshua Liebman

"Whereas each man claims his freedom as a matter of right, the freedom he accords to other men is a matter of toleration." – Walter Lippmann

"There is so much good in the worst of us, and so much bad in the best of us, that it behooves all of us not to talk about the rest of us." – Robert Louis Stevenson

"Since others have to tolerate my weaknesses, it is only fair that I should tolerate theirs." – William Allen White

"The responsibility of tolerance lies with those who have the wider vision." – George Eliot

"Once one assumes an attitude of intolerance, there is no knowing where it will take one." – Mahatma   Gandhi

"All ... religions show the same disparity between belief and practice, and each is safe till it tries to exclude the rest. Test each sect by its best or its worst as you will, by its high-water mark of virtue or its low-water mark of vice. But falsehood begins when you measure the ebb of any other religion against the flood-tide of your own. There is a noble and a base side to every history." – Thomas Wentworth Higginson

"Tolerance is the ability to forgive those who tend to speak before thinking." – Catherine Pulsifer

"It takes a disciplined person to listen to convictions which are different from their own."– Dorothy Fuldheim

"Tolerance is an attitude of reasoned patience toward evil . . . a forbearance that restrains us from showing anger or inflicting punishment. Tolerance applies only to persons . . . never to truth." – Fulton J. Sheen

"The word 'tolerance' once meant we all have the right to argue rationally for our deepest convictions in the public arena. Now it means those convictions are not even subject to rational debate." – Nancy Pearcey

"Laws alone cannot secure freedom of expression; in order that every man present his views without penalty there must be a spirit of tolerance in the entire population." –  Albert Einsteain

"Tolerance is not really a lived virtue; it's more of a cerebral assent." – Krista Tippett

"Tolerance only for those who agree with you is no tolerance at all." – Ray Davis

"I have learned silence from the talkative, tolerance from the intolerant, and kindness from the unkind. I should not be ungrateful to those teachers." – Kahlil Gibran

"We are always inclined to be intolerant towards the thing or person we haven’t taken the time adequately to understand." — Robert R. Brown (paraphrased)

"In the practice of tolerance, one's enemy is the best teacher." – Dalai Lama

"Resolve to be tender with the young, compassionate with the aged, sympathetic with the striving and tolerant with the weak and wrong. Sometime in your life, you will have been all of these." – Lloyd Shearer

"Today I try to replace my fear and intolerance with faith, patience, love and acceptance. I can bring these strengths to my A.A. group, to my home and my office." –  A.A.’s Daily Reflections

"Let me not force my own certainties on others. I could be wrong. A generous tolerance can smooth out many rough places in my day-to-day living." – One Day at a Time in Al-Anon

"[W]hen I take my own inventory and examine my motives, I recognize the same shortcomings I once eagerly pointed out in others. It is easier to accept the limitations of others when I acknowledge my own.” – Al-Anon’s Courage to Change

"When nobody around you seems to measure up, it’s time to check your yardstick." – Bill Lemley (quoted in Touchstones: A Book of Daily Meditations for Men)

"Motivated by a desire to do God’s will, to be of service and of help, we ask 'each morning in meditation that our Creator show us the way of patience, tolerance, kindliness and love,' for when we practice these and the other virtues as reflections of a spiritually transformed character, anger loses its triggers and resentment its fuel." – PTP123

"Tolerance adapts us to function well—to be forbearing—in situations involving a perceived objectionable difference between us and another person (related for instance to class, race, ethnicity, religion, politics) which would otherwise result in contentious and hurtful interpersonal relations." – PTP4