The Virtue of Temperance 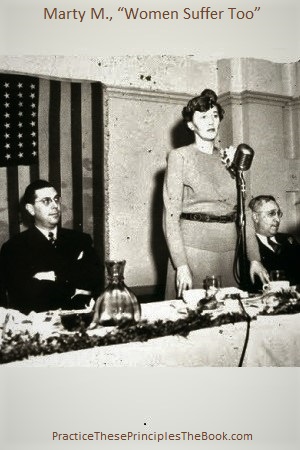 "The alcoholic is an extreme example of self-will run riot." – Big Book

"Our desires for emotional security and wealth, for personal prestige and power, for romance and for family satisfactions—all these have to be tempered and redirected." – 12&12

"He who is slow to anger is better than the mighty, and he who rules his spirit, than he who captures a city." – Proverbs 16:32
"Like a city whose walls are broken down is a man who lacks self-control." – Proverbs 25:28

"One who knows that enough is enough will always have enough." – Lao Tzu

"To go beyond is as wrong as to fall short." – Confucius

"Self-control is the chief element in self-respect." – Thucydides

"For a man to conquer himself is the first and noblest of all victories." – Plato

"Temperance is a mean with regards to pleasure." – Aristotle

"Everything in excess is opposed to nature." – Hippocrates

"Everything that exceeds the bounds of moderation has an unstable foundation." – Seneca

"If one oversteps the bounds of moderation, the greatest pleasures cease to please." – Epictetus

"The appetites must be made subject to the control of reason, and not be allowed to run ahead of it or to lag behind. Then will strength and character and self-control shine through in all their brilliance." – Cicero

"There is a mean in all things, and, moreover, certain limits on either side of which right cannot be found." – Horace

"In everything the middle course is best: all things in excess bring trouble to men." – Plautus

"Excess in nothing—this I regard as a principle of the highest value in life." – Terence

"You can’t stop birds from flying over your head, but you can stop them from building a nest in your hair." – Martin Luther

"They are sick that surfeit with too much, as they that starve with nothing." – William Shakespeare

"He knows to live who keeps the middle state, and neither leans on this side nor on that." – Alexander Pope

"It is ordained in the eternal constitution of things, that men of intemperate minds cannot be free. Their passions forge their fetters." – Edmund Burke

"Moderation is the key to lasting enjoyment." – Hosea Ballou

"Serving one’s own passions is the greatest slavery." – Thomas Fuller

"The most necessary disposition to relish pleasures is to know how to be without them." – Marquise de Lambert

"A wise man is superior to any insults which can be put upon him, and the best reply to unseemly behavior is patience and moderation." – Molière

"When the sword is once drawn, the passions of men observe no bounds of moderation." – Alexander Hamilton

"Not being able to govern events, I govern myself." – Michel de Montaigne

"Temperance is the virtue that overcomes all types of intoxications." – Alain (Émile-Auguste Chartier)

"Distinguish between real needs and artificial wants, and control the latter." – Mahatma Gandhi

"Self-respect is the root of discipline: The sense of dignity grows with the ability to say no to oneself." – Abraham Joshua Heschel

"You don't control negative habits with force. You do so by developing new, good habits." – Remez Sasson

"Happiness is a place between too little and too much." – Finnish proverb

"Surrender to all our desires obviously leads to impotence, disease, jealousies, lies, concealment, and everything that is the reverse of health . . . For any happiness, even in this world, quite a lot of restraint is going to be necessary." – C. S. Lewis

"Ultimately, the only power to which man should aspire is that which he exercises over himself." – Elie Wiesel

"You have to decide what your highest priorities are and have the courage to say 'no' to other things. And the way to do that is by having a bigger 'yes’' burning inside." – Stephen Covey

"Temperance is that moderation which allows us to be masters of our pleasure instead of becoming its slaves." – André Comte-Sponville

"Without temperance we do not rise above the level of animals, who live by their instincts, desires, and fears, especially the instinct to seek pleasure and flee pain." – Peter J. Kreeft

"Self-control is the ability to rule over our impulses in pursuit of a greater good." – Abraham Cho

"All of us have a beast within us to tame." – James S. Spiegel

"Temperance has to do not only with right action with respect to sensible goods, but also with right desire for sensible goods; in entails a proportionate or rightly measured reaction to such goods, both in terms of desire and act." – Jason Baehr

"Temperance . . . is the virtue that inclines us to desire and enjoy pleasures well. It enables us to regulate our actions, and even our desires, concerning pleasurable activities, so that they are reasonable, or in accord with the way things really are." – William C. Mattison III

"Temperance is that state of character in which the bodily appetites successfully conform to the larger concerns of the moral life." – Robert C. Roberts

"No self-esteem can equal the self-esteem that derives from self-control." – Dennis Prager

"Temperance is the moral virtue that moderates the attraction of pleasures and provides balance in the use of created goods." – Catechism of the Catholic Church

"Temperance enables one to be moderate and disciplined in the use or enjoyment of good things." – Anonymous

"Self-regulation refers to how a person exerts control over his or her own responses so as to pursue goals and live up to standards." – Character Strengths and Virtues: A Handbook and Classification

"Self-control does not deny my animal nature by suppressing my appetites; rather, it gives proper play to all aspects of my being—reason, emotions, and appetites. If I let my appetites and emotions run wild, I invite anarchy and discord, for they are many and each demands immediate gratification." – Montague Brown

"In the past, when things went wrong, I instinctively wanted to fight back. But during the short time I had been trying to learn the A.A. program I had learnedto step back and take a look at myself.” – AA’s Daily Reflections

"It may take a bit of self-control to back away from conflict and confusion. But it’s a wonderful protection for my peace of mind." – One Day at a Time in Al-Anon

"With time, the bottle becomes a power unto itself. It controls us, and pushes us even further afar. It dissolves all natural restraints and silences our conscience. It brooks no limits. All is permissible. We cross lines we never even imagined we could possibly cross." – PTP123

"Temperance disposes us to moderate our response in a variety of situations which tend to invite excess, whether of appetite (food, drink, sex), or of emotion (anger)." – PTP4