The Virtue of Hope 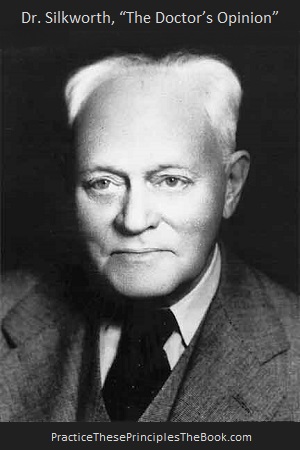 "Each day, somewhere in the world, recovery begins when one alcoholic talks with another alcoholic, sharing experience, strength, and hope." – Big Book

"If that degree of humility could enable us to find he grace by which such a deadly obsession could be banished, then there must be hope of the same result respecting any other problem we could possibly have." – 12&12

"Lord, make me a channel of thy peace . . . that where there’s despair, I may bring hope." – St. Francis Prayer

"Without hope we live on in desire." – Dante

"To live without hope is to cease to live." – Fyodor Dostoevsky

"If winter comes, can spring be far behind?" – Percy Bysshe Shelley

"Hope is the thing with feathers that perches in the soul and sings the tune without the words and never stops at all." – Emily Dickinson

"I said to my soul, be still and wait without hope, for hope would be hope for the wrong thing; wait without love, for love would be love of the wrong thing; there is yet faith, but the faith and the love are all in the waiting. Wait without thought, for you are not ready for thought: So the darkness shall be the light, and the stillness the dancing.” – T. S. Eliot

"What we hope ever to do with ease, we must first learn to do with diligence." – Samuel Johnson

"Hope works in these ways: it looks for the good in people instead of harping on the worst; it discovers what can be done instead of grumbling about what cannot; it regards problems, large or small, as opportunities; it pushes ahead when it would be easy to quit; it 'lights the candle' instead of 'cursing the darkness'." – Anonymous

"Little progress can be made by merely attempting to repress what is evil. Our great hope lies in developing what is good." – Calvin Coolidge

"Yesterday is but a dream, tomorrow but a vision. But today well lived makes every yesterday a dream of happiness, and every tomorrow a vision of hope. Look well, therefore, to this day." – Sanskrit Proverb

"Never give out while there is hope; but hope not beyond reason, for that shows more desire than judgment." – William Penn

"Man partly is and wholly hopes to be." – Robert Browning

"The troublesome fact, the apparent absurdity which can’t be fitted into any synthesis we have yet made, is precisely the one we must not ignore . . . There’s always hope if we keep an unsolved problem fairly in view; there’s none if we pretend it’s not there." – C. S. Lewis

"Hope is the struggle of the soul, breaking loose from what is perishable, and attesting her eternity." – Herman Melville

"To be hopeful is not necessarily to expect the best possible outcome in any given situation, but it is to think and behave in a way that maximizes the chances for a good outcome. Hope envisions and works for a worthy end, recognizing whatever obstacles may emerge and developing strategies to overcome them.”
– James S. Spiegel

"Hope is not merely our natural desire for happiness; everyone has that. Like faith, hope is our freely chosen affirmative response to a divine revelation: in the case of hope, our response to divinely revealed promises. Hope is faith directed to the future." – Peter Kreeft

"Resignation is sort of a half-way house between hope and despair, a way of tolerating the future; hope a way of welcoming it." – Robert C. Roberts

"The virtue of hope responds to the aspiration to happiness which God has placed in the heart of every man." – Catechism of the Catholic Church

"What we hope for, we are also willing to work for. If we hope to find someone to love, we try to make ourselves lovable by loving. We hope to be more just, generous, and forgiving, and so we work to be better human beings. We hope for peace on earth and try, in our own small ways, to make such peace a reality.”
– Montague Brown

"Gradually, as we become more God-centered than self-centered, our despair turns to hope." – Just for Today: Daily Meditations for Recovering Addicts

"So long as we cling to any hope that we can drink normally or that there is an alternative answer to our drinking problem, we will not surrender. Here too, the AA message is paradoxical: hope is born out of our admission of hopelessness." – PTP123

"It is in the process of climbing out of what is almost always a deep and a dark pit that the alcoholic regains hope and becomes receptive to the long-term spiritual solution." – PTP4