The Concept of Virtue 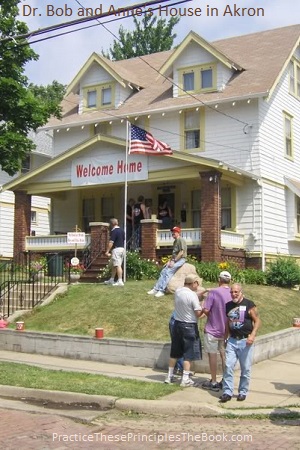 The term “virtue” is not an important part of the vocabulary of AA. The word and its cognates appear in our two basic texts only twelve times: eleven in the 12&12 and once in the Big Book. As Bill Sees It employs it eleven times. Only on two occasions is “virtue” coupled with specific instances of what the word traditionally designates, as in “prudence” and “humility,” quoted below.
Instead, the concept of virtue and particular instances of it are referenced in the Big Book and the 12&12 using a variety of other terms. These include assets, attributes, concepts, keynotes, practices, precepts, qualities, standards, strengths, tenets, themes, tools, traits, and values.
Obviously, these words are very general and can apply to a broad range of things that have nothing to do with recovery. This overgeneralization and imprecision, which is also shown in the use of the word “principles,” is one of the reasons why many of us might find it hard to get a handle on what “these principles” refers to in Step 12 and how we are to practice them.
How we arrived in PTP at identifying one set of those principles as virtues—and what this means for the way we work the Steps—is discussed at length in the book. Here we are interested in summing up a number of basic points from that discussion and supplementing it with a variety of quotes reflecting what has been thought and said about the concept of virtue over the ages in different fields, traditions, and cultures. Hopefully, this will help us to improve our understanding and practice of the specific virtues in each of the Steps.
As the concept applies to recovery, then:

The pages that follow build on these ideas and their discussion in PTP.
[Image: Dr. Bob's and Anne's house in Akron, Ohio. See "A Day at Dr. Bob's," in PTP's YouTube channel, Audios & Videos: AA History & Big Book Authors.]

"Wise men and women rightly give a top rating to the virtue of prudence. They know that without this all too important attribute little wisdom is to be had."
– Bill W.

"We may still have no very high opinion of humility as a desirable personal virtue, but we do recognize it as a necessary aid to our survival." – 12&12

"The virtuous will be sure to speak uprightly; but those whose speech is upright may not be virtuous." – Confucius

"The most virtuous are those who content themselves with being virtuous without seeking to appear so." – Plato

"Virtue is a habit of the mind, consistent with nature and moderation and reason." – Cicero

"Waste no more time arguing about what a good man should be. Be one." – Marcus Aurelius

"Every night before going to sleep, we must ask ourselves: what weakness did I overcome today? What virtue did I acquire?" – Seneca

"Humility is the foundation of all the other virtues: hence, in the soul in which this virtue does not exist there cannot be any other virtue except in mere appearance." – St. Augustine

"Virtue that wavers is not virtue." – John Milton

"The more we use wisdom and virtue, the more they are our own, and the more we have of them." – Benjamin Whichcote

"Hypocrisy is a tribute that vice pays to virtue.” – François de La Rochefoucauld

"Virtue is harder to be got than knowledge of the world; and, if lost in a young man, is seldom recovered." – John Locke

"Some virtues are only seen in affliction and others only in prosperity." – Joseph Addison

"If you can be well without health, you may be happy without virtue." – Edmund Burke

"Virtuous and vicious everyone must be; few in extremes, but all in degree." – Alexander Pope

"Virtue is a state of war, and to live in it we have always to do combat with ourselves." – Jean-Jacques Rousseau

"Wickedness is always easier than virtue, for it takes a short cut to everything." – Samuel Johnson

"To be proud of virtue, is to poison yourself with the Antidote." – Benjamin Franklin

"There is no truth more thoroughly established than that there exists in the economy and course of nature an indissoluble union between virtue and happiness." – George Washington

"Encourage all your virtuous dispositions, and exercise them whenever an opportunity arises, being assured that they will gain strength by exercise, as a limb of the body does, and that exercise will make them habitual." – Thomas Jefferson

"The fear of punishment may be necessary to the suppression of vice; but it also suspends the finer motives of virtue." – William Hazlitt

"Every deed of dishonor, every victim of vice, every ghastly spectacle of crime, is an eloquent testimony to the need and the worth of virtue." – E. H. Chapin

"Virtue is like health: the harmony of the whole man." – Thomas Carlyle

"The only reward of virtue is virtue; the only way to have a friend is to be one." – Ralph Waldo Emerson

"Our virtues are like crystals hidden in rocks. No man shall find them by any soft ways, but by the hammer and by fire." – Henry Ward Beecher

"A man's virtue should not be measured by his occasional exertions, but by his ordinary doings." – Eliza Cook

"We do not place especial value on the possession of a virtue until we notice its total absence in our opponent." – Friedrich Nietzsche

"The most influential of all the virtues are those which are the most in request for daily use. They wear the best, and last the longest." – Samuel Smiles

"Virtue, like beauty, is commonly only skin deep." – Austin O’Malley

"As the flower, when plucked for enjoyment, begins to wither, so does virtue practiced for reward begin to vanish." – Ivan Panin

"Man seems to be capable of great virtues but not of small virtues; capable of defying his torturer but not of keeping his temper." – G. K. Chesterton

"Virtue consists, not in abstaining from vice, but in not desiring it." – George Bernard Shaw

"I can't love anyone if I hate myself. That's the reason we feel so uncomfortable in the presence of people who are noted for their special virtuousness, for they radiate an atmosphere of the torture they inflict on themselves. That's not a virtue but a vice." – Carl Jung

"The person who talks most of his own virtue is often the least virtuous." – Jawaharlal Nehru

"I respect a person that has had to fight and howl for his decency." – Tennessee Williams

"The three hardest tasks in the world are neither physical feats nor intellectual achievements, but moral acts: to return love for hate, to include the excluded, and to say, "I was wrong." – Sydney J. Harris

"All art is a struggle to be, in a particular sort of way, virtuous." – Iris Murdoch

"Virtue makes us appear amiable to others; vice, contemptible even to ourselves." – Norman Macdonald

"Because virtue is an ideal, to go further down the road of virtue is always possible." – John W. Chapman

"Virtues are ‘excellences’ of character, habits or dispositions of character that help us live well as human beings." – Rebecca Konyndyk DeYoung

"Beauty without virtue is like a rose without scent." – Proverb

"We practice the principles in all our affairs to do good and, by doing good, to become good, so that we can do still more good. This doing and becoming is how we grow in virtue and thus in good character; it is the seed and the fruit of our spiritual growth." – PTP123

"Seen as God’s will for how we are to live our lives and ultimately as the gifts of grace, the virtues can bring about the spiritual awakening that can deliver us from our all-too-human defects and finally free us from ourselves." – PTP4

For an introductory discussion of virtue in PTP123, please see chapter A: These Principles; of their relation to the emotions, chapter B: In All Our Affairs: Emotional Sobriety. For their role in Steps 1–3, please see the discussion in those Steps. For relevant excerpts on this site, please see "Spiritual in Nature,"  "Disciplines & Virtues," "The Virtues," and "Virtue & Character.” In PTP4, see Chapter 17: Virtue: The Concept, and Chapter 18: Virtues: Their Practice. On this site, see excerpt Virtue: The Concept. See also "Aristotle & Virtue Theory: Crash Course Philosophy," in PTP’s YouTube channel, playlist Character, Defect, & Virtue. For more Big Book and 12&12 passages, click on 164andmore.com and search virtue and its cognates.