Redeeming the Time: The Death of a Sponsee 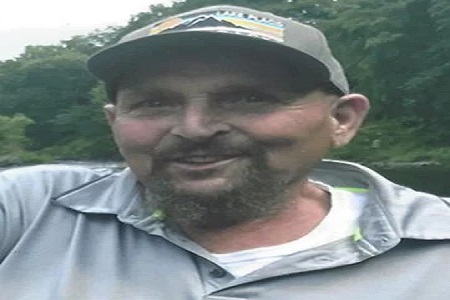 Ray S. passed away May 28, 2022 at the age of 64. I had met him six years earlier at my home group, a small 12&12 group in a rural area. He lived in the mountains not too far away, and since he was a local who knew all the shortcuts, the little church where we met Sunday nights was relatively easy to reach.

By all appearances, Ray and I were as different from each other as two men can be. Yet, as we sensed and would eventually confirm, we had a lot in common. One night, while sharing from the other side of the room, he asked me out loud if I would be his sponsor. I was waiting for you to ask, I immediately replied.

We started meeting every week at my house soon after that. Ray had been in multiple rehabs and in and out of AA for perhaps 30 years, the last 15 of which he hadn’t had a drink. He had never worked the program. He was ready to do so now.

Suffering from a chronic shoulder and knee condition, Ray was in severe pain most of the time and was taking pain medication. One day, having run out of the pills due to some bureaucratic failure, he went out and got them in the streets, the same way he had done to feed his habit as an active drug addict. When we later talked on the phone and he made some excuses about not being able to meet, I knew something was wrong. He had relapsed.

It took him a couple of weeks to level with me, after which we resumed our meetings. He then disclosed he had lied about a big aspect of his past we had been discussing. He had made a decision to be honest with me about everything, he explained.

Ray had barely put 90 days together when he was diagnosed with liver cancer. Like most alcoholics and drug addicts, he had always neglected his health. We can afford to do that for a while. The time comes, however, when things start to catch up with us. Ray developed a chronic hepatitis C condition, a leading cause of the cancer now eating away at his liver. He had never sought treatment. He was later diagnosed with neck cancer and underwent successful surgery. However, he got sepsis while in the hospital and came close to dying. Next, he was informed the cancer had invaded his lungs.

There was an air of irony about all this. Here he was at last making a serious attempt to recover from his alcoholism and drug addiction, and he was being attacked from all sides by cancer. On top of the shoulder and knee pain, he now had to contend with the pain and other effects of radiation, chemo, and infusions.

This and the fact that he had to make frequent four-hour round trips to get treatment at two major cancer centers made it impossible to meet regularly every week as we had planned. After a treatment, it would sometimes take him a couple of weeks to recover enough to be able to meet again.

Ray had everything going against him as far as being able to work the Steps was concerned. Yet he persevered and worked through all 12 of them. A process that would have normally taken perhaps a year stretched out over the course of almost five. We used four books, starting with the Big Book and then moving on to the 12&12, As Bill Sees It, and Daily Reflections. We would read what each text had to say about a given Step and discuss it in detail, drawing on our individual experiences as we went.

This presented its own difficulties for Ray. He had never read a book before. Nor was it easy for him to write, a helpful skill when it comes to Step 4. When he worked on his 4th Step inventory, I would type the information on my computer as he talked. I would then give him a printout, which we used for follow-up discussions in subsequent Steps, including his making amends. He wrote these out in his own handwriting.

What enabled Ray to persevere despite considerable odds was the new faith he had found in AA. Like so many of us of varying backgrounds, Ray found God in the rooms. Having come to believe, he wanted to venture out and start exploring church. This wasn’t easy either. One Sunday afternoon on his way home from a service he ran into some friends. Where had he been, they wanted to know. He couldn’t tell them. He was too embarrassed. He was afraid they would think he had turned into some kind of a nut.

Ray was not a religious man. Yet he was deeply spiritual. Something had happened to him and he had changed. In AA we call it a spiritual awakening. He was a different person. He was surprised about it himself. He would talk about how in the past he would throw coffee containers and empty soda bottles out the window as he drove his pickup truck up and down those beautiful country roads. He just didn’t care. He could never do that now, he said. Once he was given $20 too much change at a gas station. He went back and returned the bill. That’s not who he used to be, he said. Ray had developed a conscience.

Though staring death in the face, Ray put one foot in front of the other and completed the job he had set out to do. He made amends to those he had harmed and reconciled with family, many of whom he had long lost contact with. He rebuilt relationships with friends. A man of the woods, Ray recounted how in the past he had also done a lot of harm to animals. He found a way to make amends for that as well.

Ray was an example to everyone that we can recover and rebuild our lives regardless of what we may have done and the circumstances we may be facing. He knew he didn’t have long to live. Yet whatever time he had, he wanted to live it as the good man he had become. He kept going to meetings for as long as his feet would hold him up, carrying the message he exemplified and reaching out to help those around him. He loved people in the rooms and they loved him back. Ray was a gentle soul, kind and humble.
The doctors had kept giving him six months. They are not in charge, he would say. In the six years he went on to live even as he was dying, Ray redeemed the time.
[Posted 06/27/22. Image: Ray A., 02/14/58 - 05/28/22.]