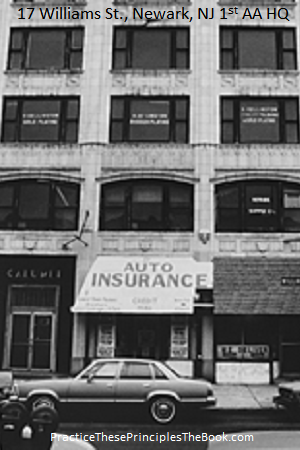 "Where had we been selfish, dishonest, self-seeking and frightened?” – Big Book

"If we lie or cheat, we deprive others not only of their worldly goods, but of their emotional security and peace of mind." – 12&12

"False words are not only evil in themselves, but also infect the soul with evil." – Socrates

"Honesty is for the most part less advantageous than dishonesty." – Plato

"The least initial deviation from the truth is multiplied later a thousand-fold." – Aristotle

"To pretend to know when you do not know is [a sign of] a disease." – Lao-Tzu

"We blame little things in others and pass over great things in ourselves; we are quick enough in perceiving and weighing what we suffer from others, but we mind not what others suffer from us." – Thomas à Kempis

"Falsehood flies, and the Truth comes limping after it." – Jonathan Swift

"It is better to offer no excuse than a bad one." – George Washington

"The visionary lies to himself, the liar only to others." – Friedrich Nietzsche

"There are people who exaggerate so much that they can't tell the truth without lying." – Mark Twain

"Accuracy is the twin brother of honesty; inaccuracy, of dishonesty." – Nathaniel Hawthorne

"Like all valuable commodities, truth is often counterfeited." – James Cardinal

"A lie has speed, but truth has endurance." – Edgar J. Mohn

"A lie may take care of the present, but it has no future." – Anonymous

"If you want to ruin the truth, stretch it." – Anonymous

"A lie gets halfway around the world before the truth has a chance to put its pants on." – Winston Churchill

"Whoever is careless with the truth in small matters cannot be trusted with important matters." – Albert Einstein

"The dishonest conceal their faults from themselves as well as others; the honest know and confess them." – Christian Nestell Bovee

"It is not only by dint of lying to others, but also of lying to ourselves, that we cease to notice that we are lying." – Marcel Proust

"Lying is like alcoholism. You are always recovering." – Steven Soderbergh

“When one is pretending, the entire body revolts.” – Anaïs Nin

"Saying what you believe others want to hear is, of course, a form of lying." – Karl Ove Knausgård

"The only thing worse than a liar is a liar who is also a hypocrite." – Tennessee Williams

"When you stretch the truth, watch out for the snapback." – Bill Copeland

"When truth is replaced by silence, the silence is a lie." – Yevgeny Yevtushenko

"Who lies for you will lie against you." – Bosnian Proverb

"A half-truth is a whole lie." – Yiddish Proverb

"Beware of the half-truth; you may have gotten hold of the wrong half." – Anonymous

"As it was in Anna Karenina, Madame Bovary, and Othello, so it is in life. Most forms of private vice and public evil are kindled and sustained by lies. Acts of adultery and other personal betrayals, financial fraud, government corruption—even murder and genocide—generally require an additional moral defect: a willingness to lie." – Sam Harris, Lying

"My inability to be honest with myself spills over into dishonesty with everybody and everything else, for . . . if I deceive myself, I will of necessity try to deceive others. I live a double life, rife with deceitfulness, dissembling and duplicity." – PTP123

"When we look back from the vantage point of sobriety, many of us realize that when drinking we often felt like a fake, a fraud, and a phony. That’s because we were." – PTP123

To return to Character Defects, please click on link.