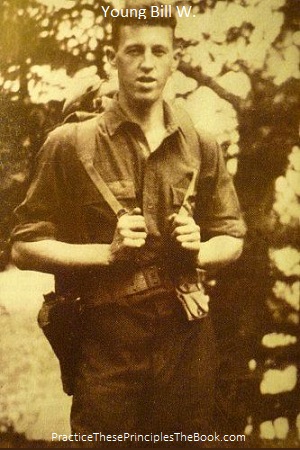 Character defects are described in the Big Book as "flaws in our make-up which caused our failure" and as manifestations of “self" (p. 64), expressions of our spiritual disease of selfishness and self-centeredness. Reaffirming that they are “the primary cause of [our] drinking and [our] failure in life,” the 12&12 describes them further as “representing instincts gone astray” (S4, p. 50), and as being “based upon shortsighted and unworthy desires” (S7, p. 76) connected with those distorted drives.

Character defects are the primary subject of our inventory and the activities connected with it in Steps 4 through 10. Unless we are “willing to work hard at the elimination of the worst of these defects,” the 12&12 continues (S4, p. 50), “both sobriety and peace of mind will still” elude us.

“Flaws in our make-up” is perhaps the simplest definition of character defects in the Big Book. “Flaws” and “make-up” reference the moral life. Our character is the sum total of moral traits, attributes, or qualities that make up our moral selves. They “characterize” us, governing the way we conduct ourselves and live our lives.

Negative traits of character cause our failure by causing us to do wrong. They do this by distorting our perception of reality so that we come to value the wrong things in life, or to value the right things but in the wrong ways. This distortion in turn distorts our emotions, which are the main drivers of wrong action.

A defect is so called because it reflects a defective quality, one that is deficient or lacking in the attributes which make for a well or perfectly developed trait, i.e., for a virtue. A defect is therefore the absence of that which is good, excellent, or perfect. Sometimes the lacking virtue may be obvious because the defect is linguistically a negation of it. Thus a dishonest person is most obviously one who is lacking in honesty. Other times it is not so obvious. Thus the dishonest person can also be lacking in courage, for instance, since telling the truth sometimes calls for that virtue. Similarly, an ungrateful person is most obviously one who is lacking in gratitude. But so may an envious or a greedy person be lacking in gratitude, for gratitude is a trait which enables us to appreciate and be content with what we have, rather than wanting more or desiring what others have.

Both types of character traits are acquired. We are born with built-in capacities to develop them, but we are not born with them. We acquire and develop them in the process of living our lives. It is in this process that they become specifically “character” traits, rather than some other type of trait. They “characterize” us because they have become engraved in us as “characters,” literally marks that have been inscribed, impressed, or imprinted in the self and which govern the way we see (our "construals"), the things we care about (our "concerns"), our emotions (our "concern-based construals"), and our consequent actions.

Having become ingrained in us through experience, character traits are in the nature of moral habits. The marks are like encoded instructions to repeat behavior X in situation Y. This works the same way for defects and for virtues, except that defects develop more or less naturally over the course of our lives, while virtues require intentional effort. We start lying and cheating at an early age and over time we become dishonest people. We lie and cheat as a matter of course, automatically, instinctively, and even unconsciously sometimes. In this way, habit renders us powerless over ourselves, so that even when we want to do the right thing, we can't.

Becoming honest requires a reversal of the previous process of habituation. Thus getting rid of our defects of character is a process of undoing the old habits that have become rooted in us and developing the opposing or corrective habits represented by the virtues. The virtues are what will gradually displace and replace our defects. They are their antidotes. They are corrective not only of our defects of character, but of the defects which these generate in our concerns, construals, and emotions.

Acquiring them requires work, which is why AA places so much emphasis on working the Steps and practicing the principles in them. Steps 4 through 10 are central to the process. We take inventory of our defects of character and of the defective emotions these generate, admit them, become ready to surrender them, ask God for their removal, make amends for the harm they caused, and practice the corrective traits in the virtues.

As this process of “housecleaning” itself becomes habitual—we do it regularly and consistently, day in and day out—it becomes a new way of life. It's part and parcel of our spiritual awakening as we seek to do God’s will for us. As we do, our defects of character weaken and diminish, while our strengths of character grow.

[Image: Bill W. as a young man. For an audio of this post, please click on link.]